The “German Honorary Consul Winnipeg 1981-2009 Oral History Project” was initiated in 2009 by Dr. Alexander Freund, Chair in German-Canadian Studies at the University of Winnipeg. It was motivated by the retirement of Gerhard and Deborah Spindler from the office of the Honorary Consul of the Federal Republic of Germany in August 2009. The objective was to document the experiences and memories of the office’s two main staff members who, as honorary consul and main administrator, had been instrumental in the running of the office between 1981 and 2009.

Debbie and Gerry Spindler were in office during important phases in the history of Manitoba’s German community. Manitoba, like the rest of Canada, saw its major immigration from Germany between 1947 and 1959. There was only very little German immigration from the 1960s to the 1990s. From the late 1990s onward, however, a new wave of Germans immigrated specifically to Manitoba.Thus, during the 1980s, the Spindlers saw many of the postwar German immigrants apply for pension from Germany, reapply for German citizenship, which they had given up when they received Canadian citizenship in the 1950s and 1960s, make claims for retroactive child assistance from the German government, and deal with a host of other problems, such as run-ins with the law or fathers who had returned to Germany and no longer paid any child support. It was also during this time, from 1974 to 2000, that the Spindlers came in contact with some of the 135,000 German soldiers stationed at the Canadian Forces Base Shilo, Manitoba.2 During that time, these soldiers, some of whom married Canadian women and had children with them, needed the Spindlers’ help in negotiating the bureaucratic labyrinth of German immigration and citizenship laws.

In 1989/1990, the Spindlers witnessed the fall of the Berlin Wall and the unification of Germany from a specific perspective: geographically removed, yet at the centre of attention and public inquiry in Manitoba. In the following years, they received inquiries from East German refugees who had settled in Manitoba and were wondering about East German properties they had lost after 1945, about sponsoring East German relatives to immigrate to Manitoba, and about investment opportunities in East Germany. Other political dates that were important during their tenure included the 40-, 50-, and 60-year anniversaries of the end of World War Two in 1985, 1995, and 2005.

During the late 1990s and especially during the 2000s, the Spindlers also saw an increasing number of German immigrants coming to Manitoba. Most of these were so-called ethnic Germans from the former Soviet Union, especially from Kazakhstan, who had lived in Germany during the 1990s but found it difficult to integrate and be accepted. Manitoba employers recruited them as low- and semi-skilled workers in agriculture and industry in South Manitoban towns such as Altona, Morden, Steinbach, and Winkler. Many of these immigrants came in groups and formed their own Protestant (Mennonite, Baptist, Lutheran etc.) churches and communities apart from the German-speaking churches already present in Manitoba.

Thus, over the decades Gerry and Debbie Spindler were acute observers of the German community and learned of the fates of many individuals. Their knowledge and memories of German-Manitoban society and culture stretch far beyond their routine consular work of renewing passports and filling out forms. At the same time, they were involved in the diplomatic affairs of the consular and embassy staff of the Federal Republic of Germany in Canada and observed myriad changes. The files of the German diplomatic corps are under a rolling 30-year lock, so that we currently have access to files at the Political Archives of the German Department for Foreign Affairs (Berlin, Germany) only up to the early 1980s. This oral history project documents and preserves Mr. and Mrs. Spindler’s knowledge and memories as a historical source for future researchers. The Gerhard and Deborah Spindler memoirs serve as a historical source for researchers studying the history of Germans in Manitoba and the history of Germany’s diplomatic corps in Canada.

The project includes the recordings and transcripts of five audio-recorded interview sessions, conducted by Alexander Freund for the Chair in German-Canadian Studies at the University of Winnipeg, Manitoba, Canada. The interviews were conducted at the home of Mr and Mrs Spindler between 19 January and 12 February 2010. The total recording time is 11 hours, 24 minutes and 28 seconds. Lindsay Baker transcribed the recordings and Allison Penner audited the transcript. Alexander Freund edited the transcript. The narrators reviewed and revised the transcript. Allison Penner proofread the final version. The final transcript contains 111,907 words on 352 double-spaced pages.

Select additional documents were provided by Gerhard Spindler. These, together with interview notes, questionnaires, consent forms, release agreements, and other documentation make up the “German Honorary Consul Winnipeg 1981-2009 Oral History Project.” The project was funded by the Chair in German-Canadian Studies. The project may be read, quoted, and cited freely. It may not be reproduced in whole or in part by any means, electronic or mechanical, without written permission from the Chair in German-Canadian Studies at the University of Winnipeg.

This selection of an  interview with Deborah Spindler covers work at the consular office during the 1980’s. 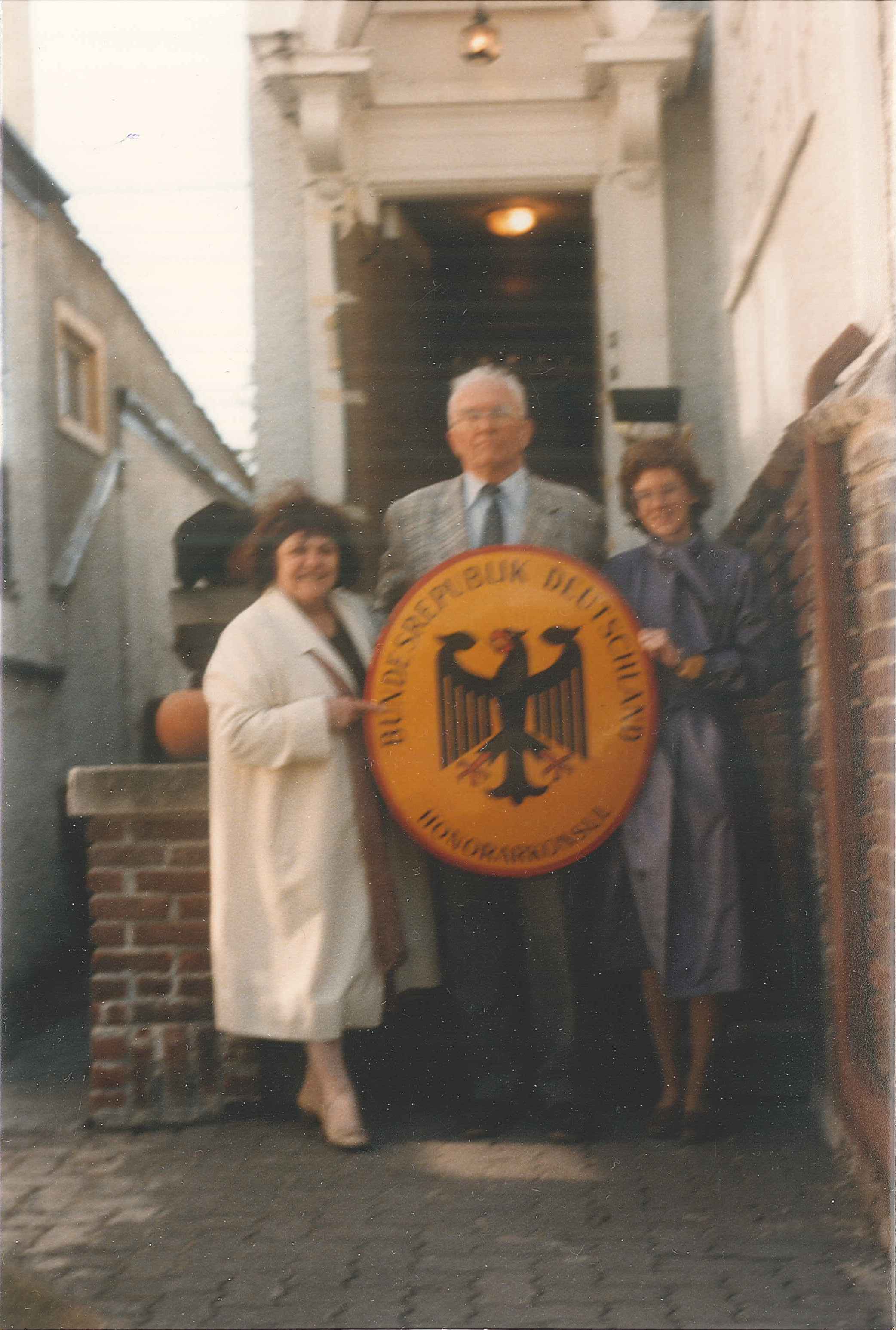 The Consulate in the Early 1980s

This Interview excerpt with Gerhardt Spindler covers his time at the German Consulate in Winnipeg as Honorary Consul from April 1988 to August 2009.

Gerhard Spindler, or as he is known in Canada more or less since about a year after he came to Canada as Gerry Spindler; was called Gerald and a few other things like that. he came to Canada in 1954, when he was thirteen years old, with his parents. He was able to attend grade seven immediately upon arriving in Winnipeg because he had four years worth of English language classes as a student in Germany, in Hamburg. So therefore he had a fairly good background in English and he was able to carry on all my schooling here in Winnipeg, right up until 1960 at which point he graduated from grade twelve. Within the week after leaving school he obtained a job with the Royal Bank of Canada and stayed with the bank until 1993. In other words, thirty-three years. In 1987, he was asked by a retired Honorary Consul, a Mr. Rudolf Thiele, if the bank would give permission to him to be appointed as an Honorary Consul if he was approved. And after checking with senior personnel and head office people, he said it shouldn’t interfere with my job or create a conflict of interest. His investiture as an Honorary Consul happened April, 1988. And he has been doing it ever since, until he resigned at the end of August of 2009. 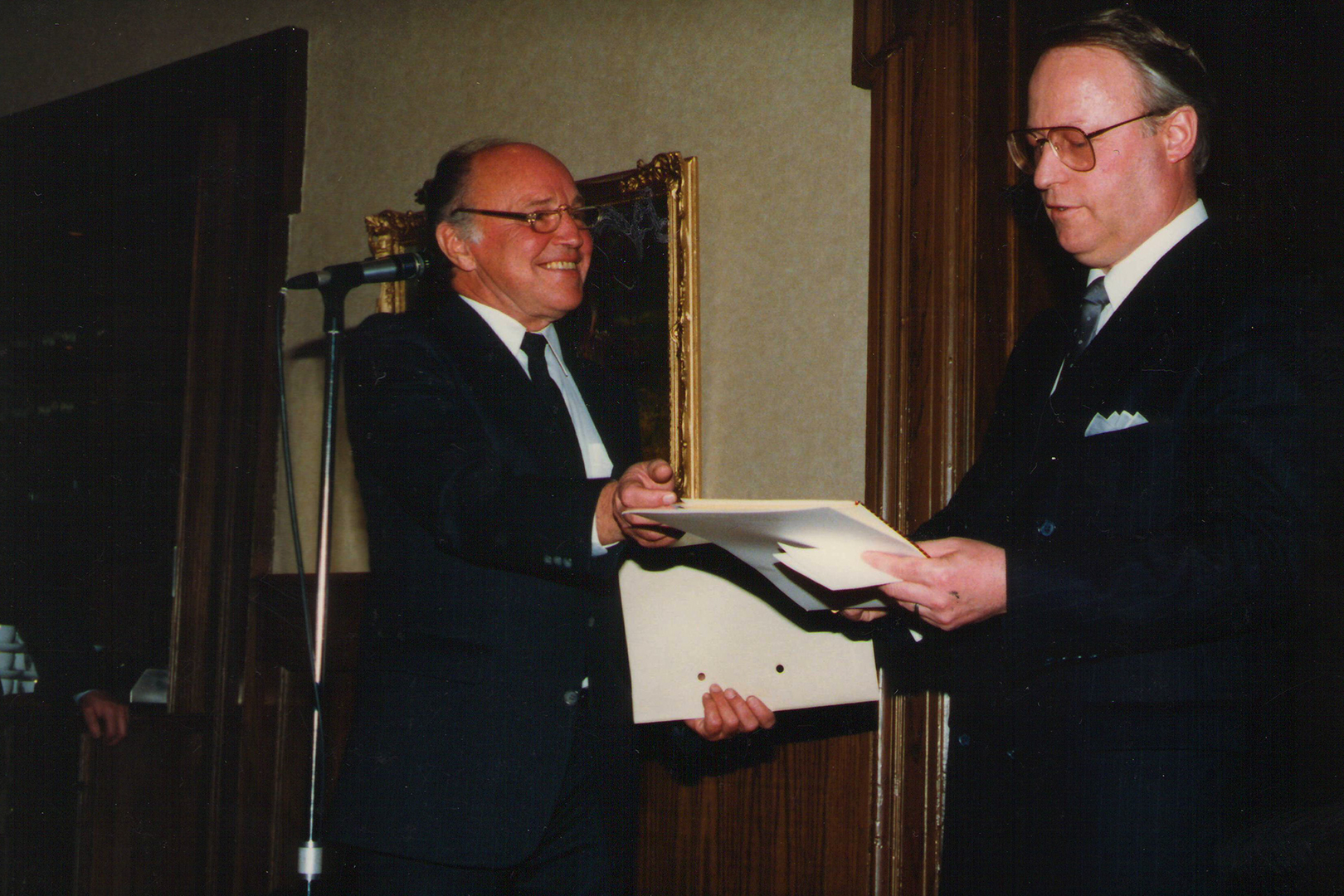 This excerpt from Alexander Freund’s interview with Debbie and Gerhardt Spindler covers their time spent working together as a married couple in the German Consulate Office in Winnipeg.

The last interview discussed the subject of what was it like for the two interviewees to work with each other at the Consul. This raised several interesting conversations including the opinions of others of a working married couple together in an office, differences of opinions and the openness of their relationship within that environment. 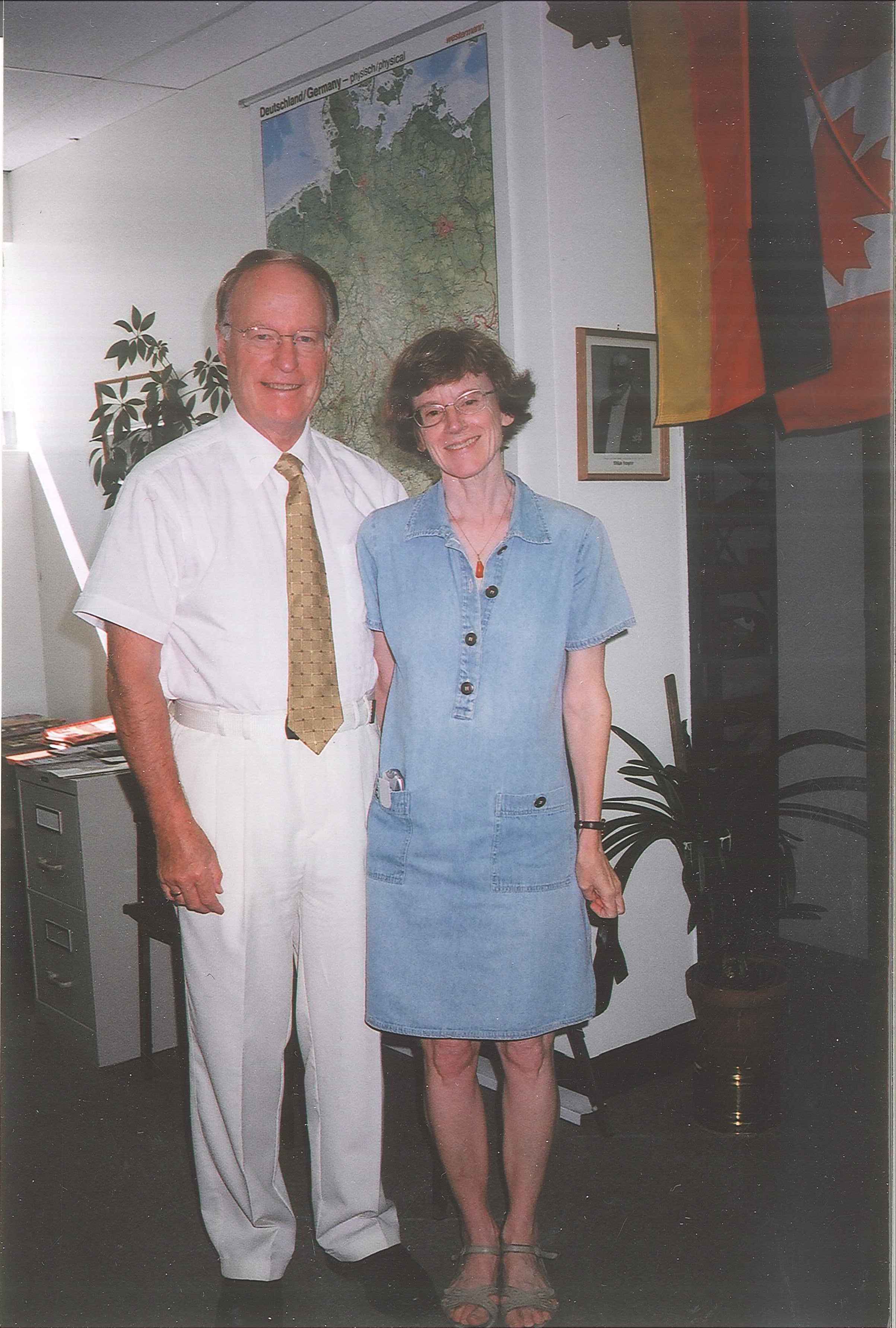 Working Together as a Couple