On March 29th 1943, workers at Canada Packers in Winnipeg launched a sit down strike over the suspension of one of their co-workers. This spontaneous direct action by Canada Packers Workers was one example pf action taken by packing house workers across Canada in the 1940s that lead to unionization of almost the entire industry and the signing of a national master agreement in 1948 between the United Packing House Workers of North America and the major packing house companies.

The strike was triggered when Angus Ross, a worker in the sausage kitchen was suspended for two weeks without pay for leaving cartons on the floor. This harsh treatment was apparently given out because the president of Canada Packers, J.S Mclean, was going to be touring the plant. Ross was suspended in the morning. Word got around to a few organizers in the shop and by 1:30, when workers had reached their quotas for the day but before the shift ended, nearly 900 workers gathered in the plant’s court yard or sat in the locker rooms. The plant superintendent tried to get the workers to leave the plant. The worker stayed because they knew if they left the plant their action would be declared an illegal strike. 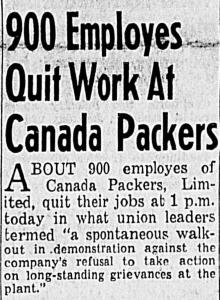 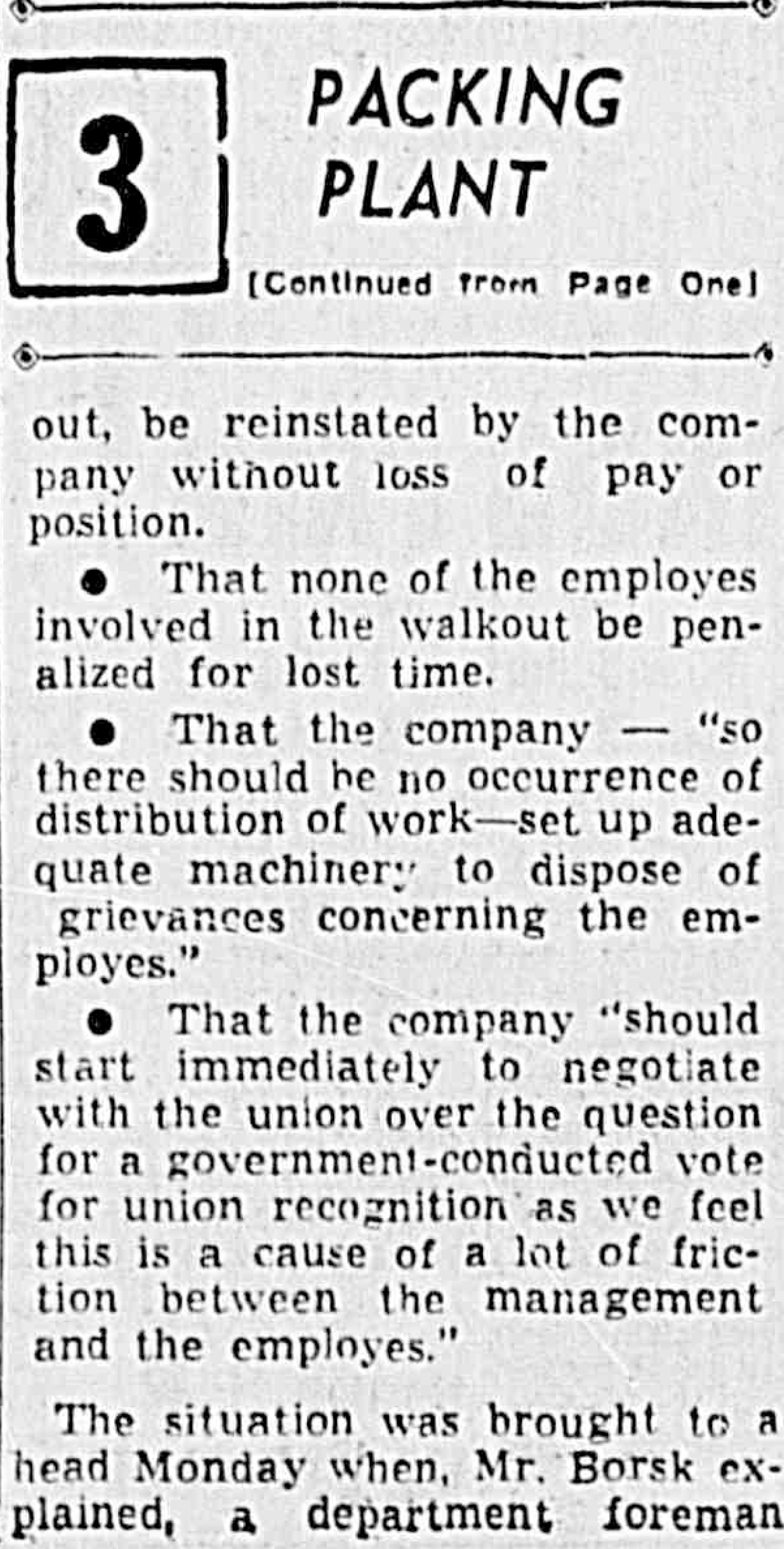 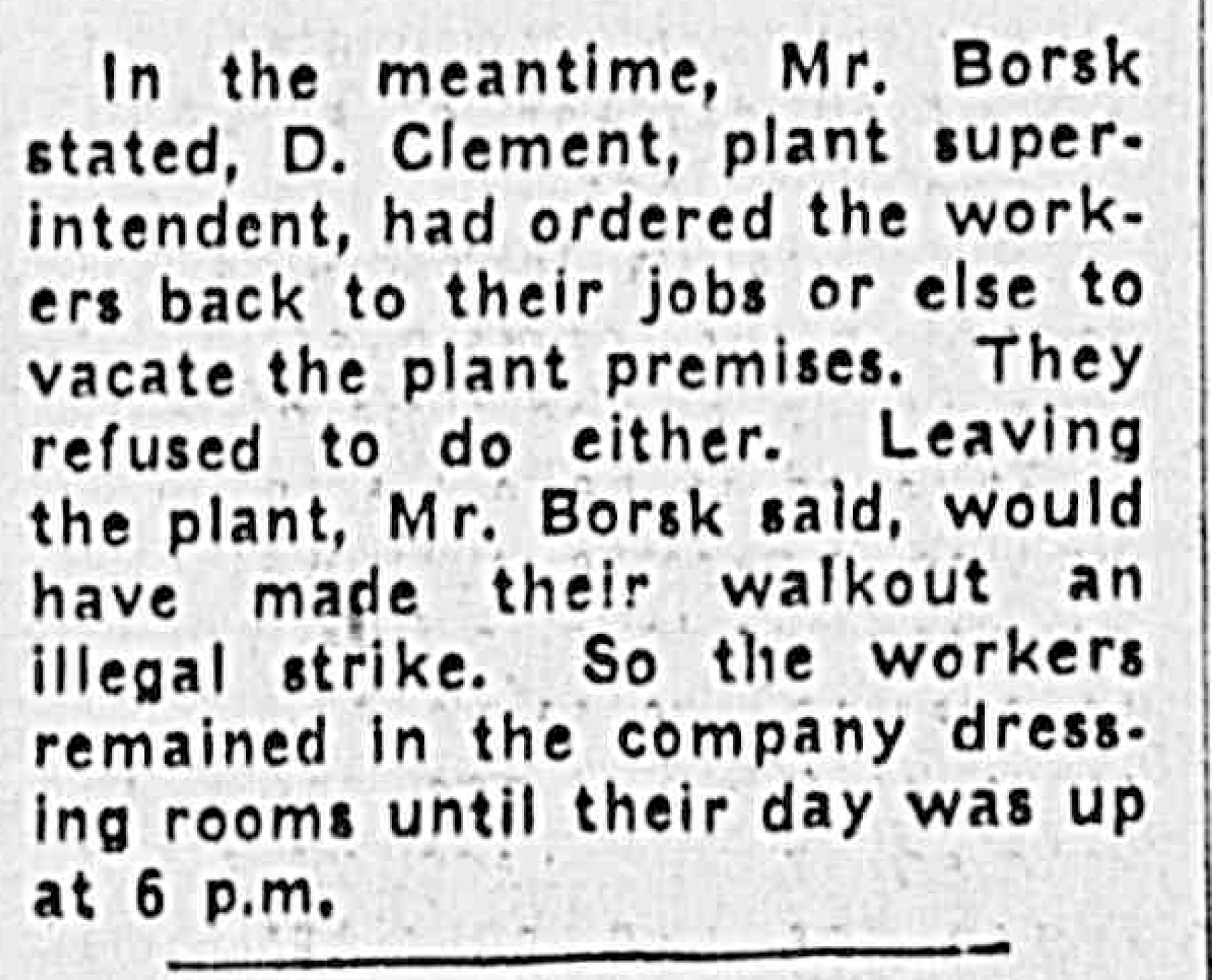 Maurice Yeo, a Canada Packers worker interviewed as part of an oral history project on the meat packing industry explained why this tactic was widely used by labour at that time. There were, said Yeo, no formal, codified industrial relations practices at the time and workers took advantage of this situation to take quick, decisive action around grievances.  Such action often caught management by surprise. Upon reflection Yeo said that “We came out on top not because we were smarter but because they (management) were just as inexperienced as we were”.

Actions like these were common in the 1940s. They helped ushered in what some historians view as a “golden age” for unions in the post-World War two period. This time was marked by increasing wages and in improving standard of living for many working people. It was also an era of record profits for North American industry. The irony here is that these actions that lead to national master agreements between corporations and unions and a codified legal structure in labour law made sit down strikes and other direct action by workers illegal.