The CBHA at the OHC

Earlier this fall, members of the Board of Directors of the Canadian Business History Association (CBHA) met at the Oral History Centre (OHC) at the University of Winnipeg (UW). The OHC is an affiliate of the CBHA; Janis Thiessen, Associate Director of the OHC, was elected to the CBHA Board in May 2016. 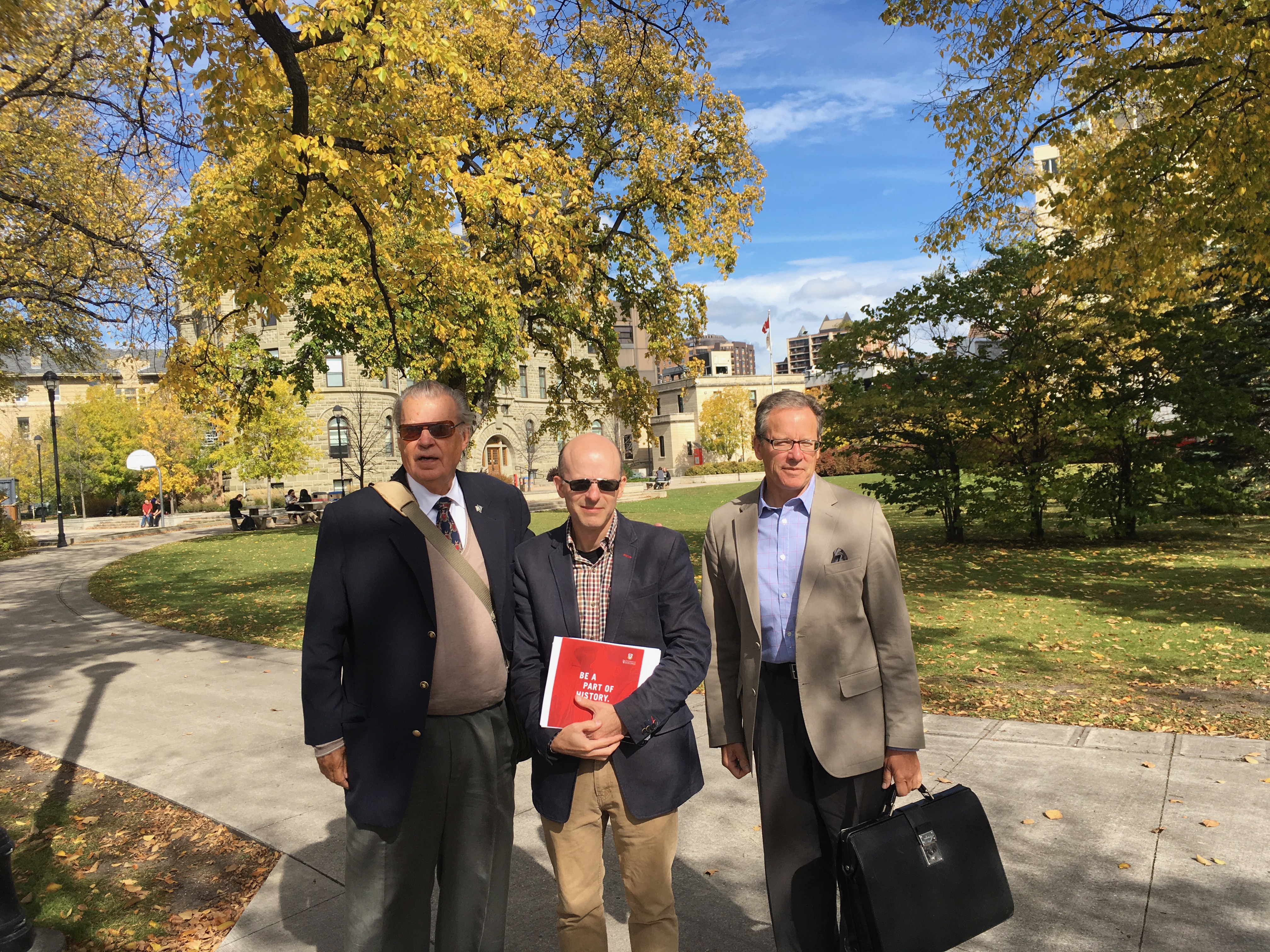 Joe Martin’s former apartment on the corner of Broadway Ave. and Spence St., 2016

Sandy Riley led the group in a lively discussion of the significance of oral history for business history. This was followed by a tour of OHC facilities for the CBHA board members, led by Kim Moore (OHC Program Coordinator) and Kent Davies (OHC audio technician).

The CBHA held a board meeting during a lunch hosted by the OHC, at which time ideas for building upon the existing relationship between the two organizations were entertained. Specific proposals regarding the OHC will be voted upon at the CBHA’s next board meeting in late November.

CBHA board members ended their day in Winnipeg with a visit and tour of Great West Life. On the brief walk from the UW OHC to Great-West Life, Joe Martin entertained the group with an informative overview of some aspects of early Winnipeg history, including pointing out the former apartment in which he had spent his youth.

The Oral History Centre appreciates their reciprocal relationship with the Canadian Business History Association, and looks forward to its further development.